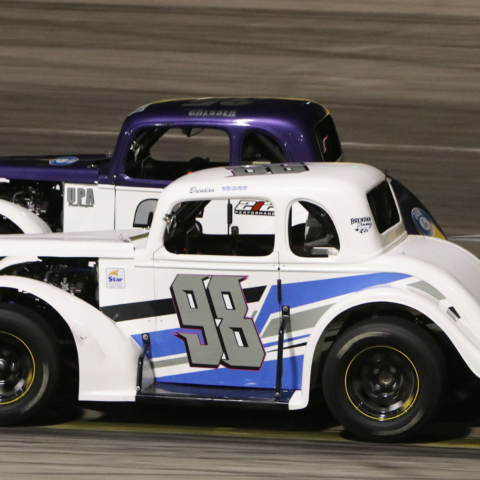 The Bullring presented by Star Nursery will pay tribute to one of its fallen stars at the Chris Trickle Classic this Saturday for its sixth Star Nursery Championship Series Race of the season at Las Vegas Motor Speedway.

Trickle was a former Bullring and NASCAR driver who passed away in 1998 after a still-unsolved drive-by shooting. Trickle’s climb to short-track stardom included 1992 Rookie of the Year in the Late Models at Las Vegas Speedway Park and 10 victories and 14 pole positions in the 1993 Southern California Sportsman Late Model series. In 1994, he scored eight wins and 20 poles in a Late Model machine followed up with 16 victories and 24 poles in 32 races in 1996.

In 1997, Chris was scheduled to compete in the NASCAR Camping World Truck Series but was fatally injured in a drive-by shooting near his home in Las Vegas. After a year in a coma, Trickle died on March 25, 1998.

This Saturday’s Chris Trickle Classic will have Chris’ mother and father, Barbara and Chuck, in attendance as the Las Vegas racing community pays tribute to the young racer. Seven divisions will compete on the track for 217 laps of racing. The evening will include a double Pro Late Model features, a 30-lap 602 Modified feature, and races for US Legend Cars, Bandoleros, Skid Plates, and more.

Spectator gates, as well as a Nostalgia Street Rod car show and Live Music, will begin Saturday at 5 p.m., big wheel races, and a driver autograph session will be held at 5:30 pm, opening ceremonies and the national anthem start at 6:50 p.m., and races will begin at 7:05 p.m.

Tickets are $8 for adults, and children under 12 are admitted free. Ticket purchases can be made upon arrival or by purchasing tickets in advance by visiting or calling the LVMS ticket office at 702.644.4444 or online at www.LVMS.com.