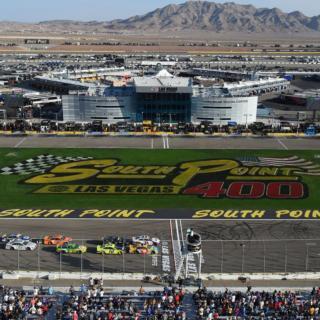 LAS VEGAS – Las Vegas Motor Speedway was chosen as Speedway of the Year from among eight state-of-the-art Speedway Motorsports entertainment complexes. The award is presented to Las Vegas for the best overall performance during 2021 in such aspects as fan friendliness, attendance, financial performance, sponsor relations and creativity.

This is the seventh time LVMS has won this award since the award’s inception in 2013.