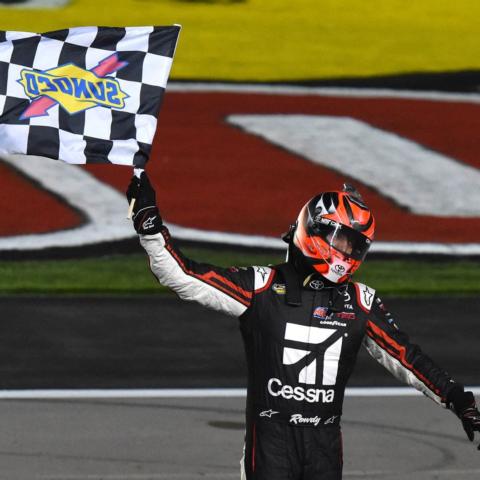 Kyle Busch, the Las Vegas and only driver to ever win in all three major series at LVMS, is among a pair of drivers pulling double duty this weekend as he drives his own KBM Motorsports Toyota Tundra in Friday night’s Victoria’s Voice 200 Presented by Westgate Resorts. Busch has won three times at LVMS in the Truck Series. Busch also will look for his second Cup Series win at LVMS in Sunday’s Pennzoil 400 Presented by Jiffy Lube.

Back at LVMS after a lengthy hiatus of veteran drivers Greg Biffle and Todd Bodine. Biffle won a truck race in 1999 and Xfinity race in 2009 and will compete this year in Sunday’s Pennzoil 400. Bodine, who won the 2005 Truck race, is entered in Friday’s Victoria’s Voice 200 and will be among 37 trucks entered for the 365-truck field.

In addition to Busch, four more Las Vegas-born drivers are entered this weekend. Busch’s older brother Kurt, who won the 2020 South Point 400, will make his 759th career Cup Series start on Sunday. That’s the most of any active driver. Saturday’s Alsco Uniforms 300 will see local drivers Noah Gragson and Riley Herbst try to make their first trip to Victory Lane, while local standout Matt Jaskol will be competing in Friday’s night’s truck race.

Other local ties in the races this weekend include the Petty GMS team of drivers owned by Las Vegas businessman Maury Gallagher and trucks series driver Zane Smith, who spent many of his formative racing years at The Bullring at LVMS.

Tickets remain for all three days of racing.