Fastest Family In Racing Returns To The Strip 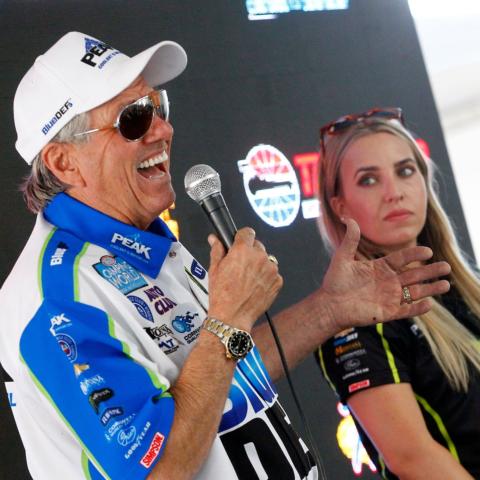 The Strip at Las Vegas Motor Speedway is ready for one of its fastest weekends of the year. The NHRA Four-Wide Nationals is back on April 1-3, and with that, the fastest family in racing comes along with it.

The John Force Racing family will tell you they love all things Las Vegas. John Force, the 16-time Funny Car Champion and six-time winner at The Strip, will be placing all of his bets at the track.

“I’ve worked my whole life to stay ahead, and I know gambling is fun, but the only money I’ve ever made in Vegas was winning a race,” said the family patriarch.

Brittany Force, John’s daughter, has held the title of the fastest driver at The Strip since November 2019, when she set both the NHRA speed record at 338.17 mph and the fastest run record at 3.623 seconds. “It’s a place we have had some success at,” said Brittany, “We're looking for our first win of the season, and we would like to do it there.”

Along with Robert Hight and Austin Prock, John Force Racing will have four cars competing at The Strip. His teams will face stiff competition from a host of past winners such as Steve Torrence, Antron Brown, Ron Capps, and Matt Hagan among others.