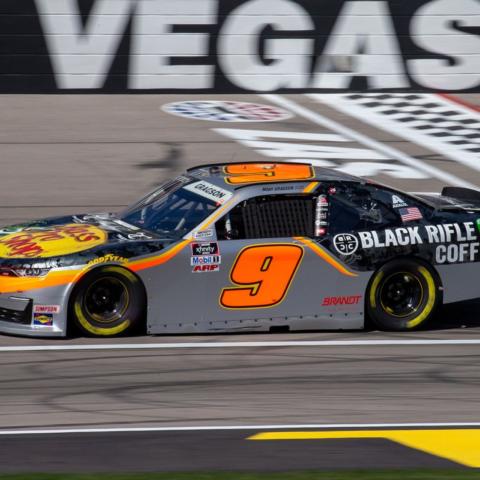 Noah Gragson – winner of two of the last three NASCAR Xfinity Series races – leads a trio of Las Vegas natives hoping to strike it rich at the diamond in the desert.

In five starts at his home track, Gragson has finished second, third, fourth, fifth and sixth. The 23-year-old driver rolls off ninth today.

If a win isn’t in the cards for Gragson’s No. 9 JR Motorsports operation, two additional Las Vegas natives – Riley Herbst and Matt Jaskol – are also in contention to capture victory in today’s race.

Herbst, the driver of the No. 98 Stewart-Haas Racing Ford, won the pole at Charlotte Motor Speedway in May and enters the Alsco Uniforms 302 with consecutive top-five finishes for the first time this season. Like Gragson, Herbst is also a Playoff driver going for what would be his first national-series championship. A win at his home track would send Herbst into the next round and bolster his hopes of a title.

Starting 34th, Jaskol is sure to thrill the Las Vegas crowd, regardless of his result in today’s race. Jaskol is an accomplished skydiver when he’s not in the race car – and before today’s green flag he’ll put his skills on full display when he makes his way into driver introductions from a plane.

Austin Cindric and A.J. Allmendinger will lead the field to green for today’s race, which gets underway at 4:30 p.m. Tickets start at just $34 and are available at www.LVMS.com. Kids 12 and under get in free with a ticketed adult.