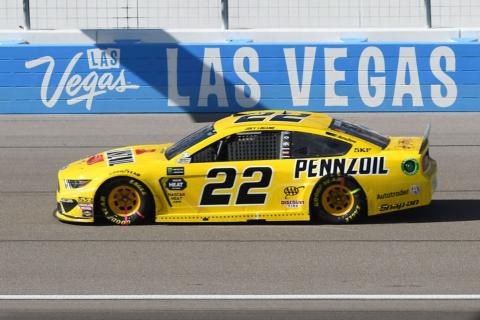 The Las Vegas Convention and Visitors Authority has extended its race sponsorship with Las Vegas Motor Speedway through 2031. The agreement’s details were announced at the monthly LVCVA Board of Directors meeting on Tuesday.

“The LVCVA has been in partnership in various ways with our speedway since LVMS opened in 1996, and we’re thrilled to continue that relationship,” said LVMS President Chris Powell. “If it weren’t for the LVCVA, we likely wouldn’t have two NASCAR Cup Series races in Las Vegas, and you could almost make the argument NASCAR might not have come here in 1998 if not for the role of the convention authority.”

The LVCVA and LVMS inked the initial agreement in 2017 that secured bringing the September South Point 400 NASCAR Playoffs race to Las Vegas. The new agreement supports NASCAR Cup Series events in Las Vegas and gives the LVCVA assets at other Speedway Motorsports facilities plus the newly added event at Circuit of the Americas in Austin, Texas, to promote tourism to the destination.

“We’re grateful to the more than 150,000 NASCAR fans who join us in Las Vegas during our two annual NASCAR Cup Series races, and we can’t wait to welcome them back again to enjoy all the destination has to offer,” said Steve Hill, CEO/President of the LVCVA. “Both Las Vegas Motor Speedway and NASCAR, as well as their employees, have been crucial to Las Vegas’ evolution into the Sports and Entertainment Capital of the World. We’re thrilled to extend this agreement and continue to create a race weekend experience that can only be found in Vegas.”