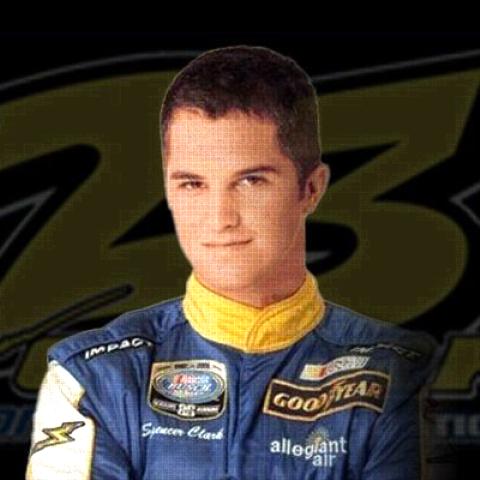 This Saturday night at the fast Bullring at Las Vegas Motor Speedway will be a special tribute to one of Las Vegas’ own bright young racing stars, Spencer Clark, who lost his life in 2006 in a highway accident in New Mexico.

Clark, named a Young Lions National driving phenom in 2001, was on the road to stock car racing stardom after stellar showings at the popular 3/8-mile paved oval when he was named “Rookie of the Year” in 2003. He then competed in the NASCAR West Series and made his NASCAR Busch (now Xfinity) Series debut at the 1.5-mile superpeedway in 2006.

Clark had signed with Cary Agajanian’s Motorsports Management Group and was working with J.D. Gibbs for a future development ride at Joe Gibbs Motorsports.

On Saturday night at the Bullring, the “Spencer Clark Driven” foundation, along with JBM Underground and M&H Building Specialties owner Jerrad Martin, will provide young Legends cars driving talent with additional funding in their Legends events including the 25-lap main event. As T.J. and Debbie Clark assisted underfinanced drivers a decade ago, the “Spencer Clark Driven” Foundation will help several Legends racers in this Saturday’s competition.

“We are very happy that we can assist several young drivers in the Legends class with the ‘Spencer Clark Driven’ foundation,” said Debbie Clark, Spencer’s mother. “Spencer loved driving the Legends cars. We feel it’s important to continue his legacy with the local Las Vegas area racing talent. We want to thank Jerrad Martin and his associates for their participation in the short track racing at the Bullring.”

Among the other main events this Saturday will be the NASCAR Nostalgia Street Rods Bombers with a 25-lap finale; a 25-lap Super Stock contest; the popular Full-Send Cleaning Skid Plate Cars in a 15-lap feature; and the USLCI Bandoleros 15-lapper.

The “Spencer Clark Driven Night” at the Bullring at Las Vegas Motor Speedway is a great, affordable evening for the whole family as well friendly concession prices. Tickets are available by calling 702.644.4444 or online at LVMS.com, and children (age 12 and under) get in free with a ticketed adult.