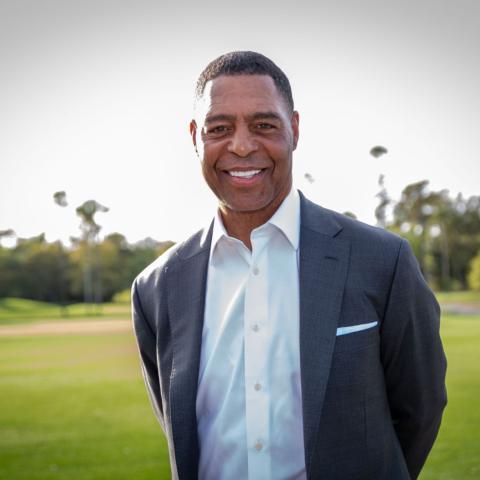 Marcus Allen spent his football career bringing stadiums to life with roaring fans. On Sunday, March 6 at Las Vegas Motor Speedway, he will bring the roar of the NASCAR Cup Series engines to life at the start of the Pennzoil 400 Presented by Jiffy Lube.

Allen, the legendary hall of fame running back and former Raiders star, has been named grand marshal for the 25th annual event and will give the command to start engines.

One of football’s greatest running backs, Allen played 16 seasons with the now-Las Vegas Raiders and Kansas City Chiefs. During that time, he gained 12,243 yards rushing, 5,412 yards receiving and scored 145 touchdowns. To this day, Marcus Allen is the only NFL player to win a Heisman Trophy, NFL MVP, Super Bowl Championship and Super Bowl MVP.

“I am honored to be the grand marshal" Allen said. "I am a fan of the sport and look forward to meeting the drivers”.