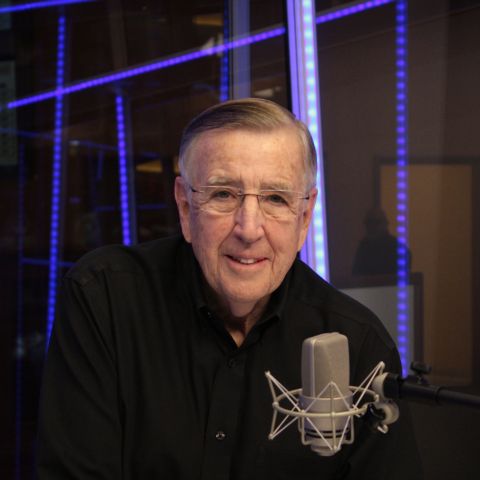 As NASCAR fans are looking live at the South Point 400 on Sunday, Oct. 16 a very familiar voice will greet them with the command to start engines.

Broadcasting legend Brent Musburger will deliver the most famous four words in motorsports as the grand marshal for the NASCAR Cup Series race at Las Vegas Motor Speedway.

“I’ve spent a lot of time at the speedway as a race fan with my family and as a broadcaster, but this will be the first time I’ll give the starting command,” Musburger said. “I’ve had a very long friendship with (South Point owner) Michael Gaughan and his family, and I’m honored that they’ve asked me to take on this role.”

Musburger can be heard every Sunday during the NFL season as host of “Brent Musburger’s Countdown to Kickoff” on VSiN, The Sports Betting Network.

Musburger ranks as one of the most well-known and recognizable sportscasters in the history of sports. During a career that has spanned seven decades, Musburger has served as host of the NFL Today, been behind the microphone for some of the world’s most memorable and iconic sporting events, and recently served as the radio play-by-play voice of the Las Vegas Raiders.

In 2017, Musburger and his family launched VSiN which began broadcasting from a state-of-the-art studio in the South Point Hotel. VSiN is the first 24/7 broadcaster dedicated exclusively to sports betting, delivering news, analysis and insights to the millions of Americans who wager on sports.

Tickets remain for the Oct. 16 South Point 400. The race caps off a weekend that includes the Alsco 302 NASCAR Xfinity Series race on Saturday, Oct. 15 and the Star Nursery 150 ARCA Menards Series West race at the Bullring on Friday, Oct. 14. There also will be free admittance to the superspeedway on Oct. 14 for Xfinity Series practice and qualifying. For tickets, go to www.lvms.com.