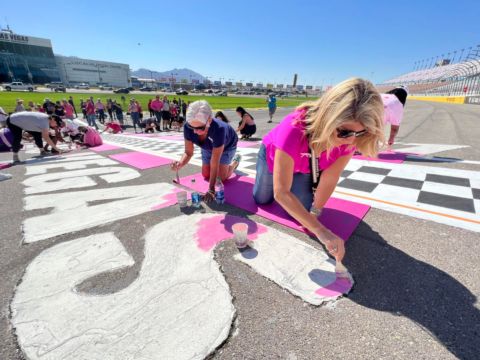 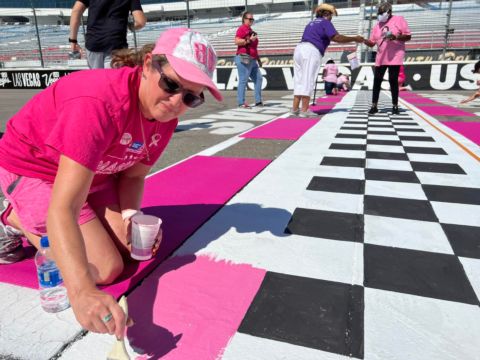 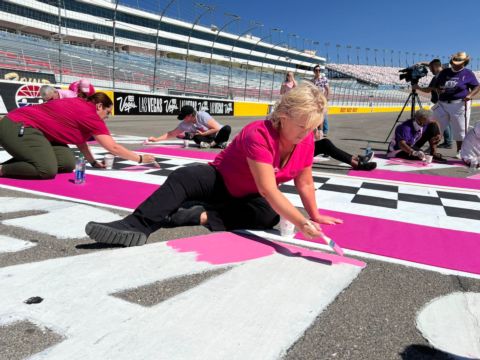 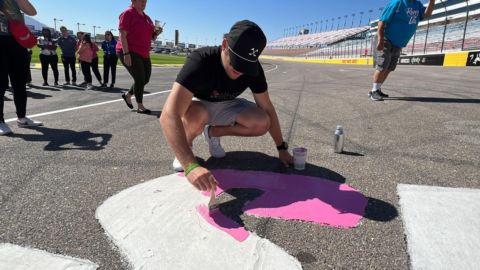 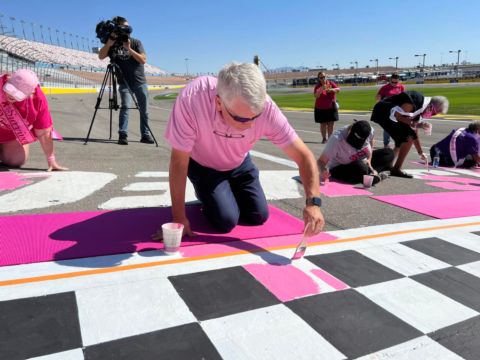 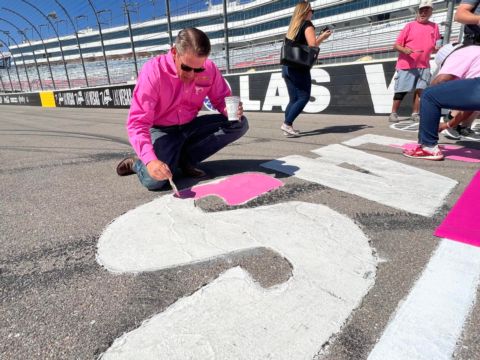 The start-finish line during NASCAR action at Las Vegas Motor Speedway will have a different appearance this weekend.

"This is the first year this event weekend has taken place in October, and it was very important that we honor this noteworthy initiative," Powell said. "I doubt there is anyone among us who doesn't have a friend or relative who has been affected by a form of breast cancer."

Each breast cancer survivor has also been invited to attend Sunday's South Point 400 as a guest of the speedway.

"I think this is awesome. When I saw you guys were doing this, I knew I had to come because, one, I am a NASCAR fan. Two, I am a breast cancer survivor, also." said Las Vegas local Jodi Collins, who is currently awaiting scan results after finishing all her active treatments. "I hope the track does this every year because I think it's essential to show breast cancer survivors and the rest of the people going through breast cancer that they are supported."

Gragson traded in the steering wheel for a paint brush Wednesday but is set for a busy weekend at LVMS. On Saturday, he will take his series points lead in the Alsco Uniforms 302 looking to clinch a spot in the season’s final four. On Sunday, he will make his first ever Cup start at him hometown track as he substitues for the injured Alex Bowman in the No. 48 Hendrick Motorsports Chevrolet.

"We are starting the weekend right, by being the first ones on the track this weekend, but also by creating these memories that will last a lifetime for these patients and survivors," Gragson said. "I’m super grateful to have the opportunity to come out here and do this, and I will remember this moment on Saturday while I drive over this pink start/finish line."