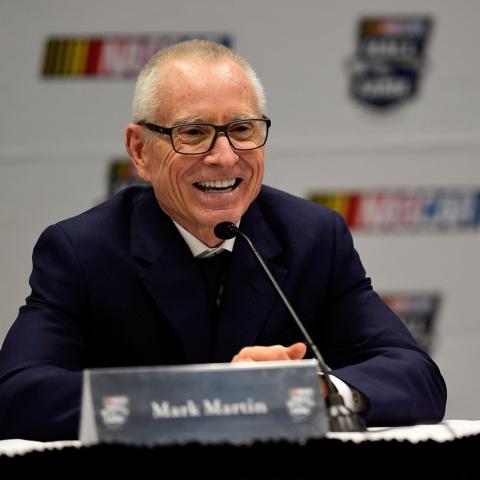 Just days after Las Vegas Motor Speedway celebrated its 25th birthday, the speedway is announcing the creation of a new program to honor its history as well as NASCAR’s glorious past.

LVMS revealed the creation of the Speedway Legends program that each year will honor a key player from NASCAR’s past at the South Point 400. The first honoree will be NASCAR Hall of Famer Mark Martin, the winner of the inaugural NASCAR Cup Series race in Las Vegas in 1998.

“We’re borrowing a page out of the book of Jack Nicklaus and his Memorial Tournament conducted each spring outside Columbus, Ohio,” said LVMS President Chris Powell.  “Each year, the Memorial honors a past great from the game of golf.  By honoring a stellar performer from yesteryear in NASCAR, we can give a new generation of race fans an appreciation for those who helped shape the sport.  And in so doing, we’ll allow the older fan an opportunity to relive some of the outstanding accomplishments in our sport’s illustrious history.”

In addition to winning the inaugural Cup race at LVMS, Martin’s four Xfinity Series victories at LVMS are still the most in speedway history. Martin recorded 40 NASCAR Cup Series triumphs in his career to go along with 49 victories in the Xfinity Series.

More details and appearance schedules for the Speedway Legends program will be announced as the 2022 South Point 400 approaches.

Tangent to LVMS’s Speedway Legends program is its sponsorship of the Scene Vault Podcast, a weekly podcast that focuses on NASCAR history and the people who were crucial to the sport’s growth.  Podcast creator Rick Houston is scheduled to be on hand each year during the South Point 400 to interview various “history makers” in NASCAR.