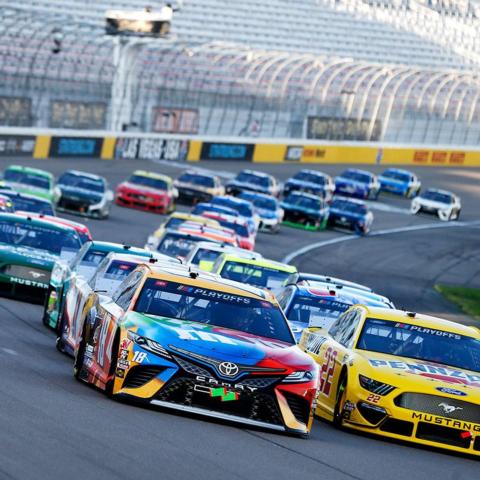 The speedway’s annual spring date, the Pennzoil 400 presented by Jiffy Lube, returns to its traditional first-week-of-March date and will be run on March 7, 2021. Earlier this year, the race date fell in late February. The 2021 fall South Point 400 again will kick off the second round of NASCAR’s playoffs, on September 26.

NASCAR announced the complete 36-race schedule today with several notable changes, including new events at Circuit of the Americas in Austin, Texas, a race at Road America in Wisconsin and a race at Nashville Superspeedway. A dirt race on the high banks of Bristol also was among the slated changes.

“We’re extremely happy to have our spring date moved back into March,” said LVMS President Chris Powell. “It’s better for our fans, partners and everyone involved with our event to have a little separation from the Daytona 500. We feel as though we have the perfect dates for both of our NASCAR Cup Series events.”

The 2020 race was the first after the season-opening Daytona race, but the 2021 event will be the fourth race of the season and the second in the three-race western swing by NASCAR.

The fall South Point 400 has proven to be a pivotal race in the playoff battle since its inception, and the late-September start provides for an excellent fan experience for spectators.

Companion events including Xfinity and NASCAR Truck Series events will be announced at a later date. Race times for both the Pennzoil 400 and South Point 400 will be determined later this year.

Annual and individual weekend tickets are available on our website, www.lvms.com, or by calling our ticket office at (800) 644-4444.