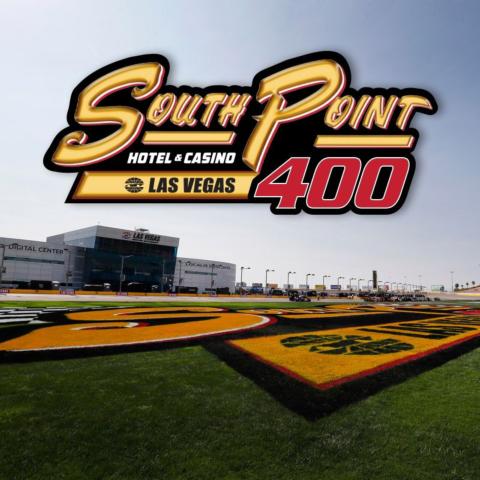 The sponsorship extends a longstanding partnership between LVMS and South Point owner Michael Gaughan that dates to the speedway’s construction in 1996.

“Michael Gaughan has been a great friend to Las Vegas Motor Speedway for decades, and we’re infinitely proud to continue to have South Point as a major part of our NASCAR Cup Series Playoff race,” LVMS President Chris Powell said. “The South Point 400 has become a pivotal playoff race and has been well received by our race fans and the competitors.”

A longtime off-road racer, Gaughan has been a motorsports enthusiast for decades, sponsoring races at LVMS since 1998 as well as race teams led by his son, Brendan, in the NASCAR Truck Series and NASCAR Xfinity Series through the years.

“I’ve been around the speedway since they moved the first shovel of dirt,” Gaughan said. “Racing has been one of my life’s greatest passions, and it’s a dream to be so deeply involved with the sport I love. The South Point and LVMS have had a long and strong partnership, and we can’t wait to continue that relationship for many years to come.”

Dates for next year’s South Point 400 should be announced soon.

Special race weekend room and ticket packages are available at the South Point for fans planning on attending next year’s races at LVMS through the hotel’s website.

“Official Hotel and Casino of Las Vegas Motor Speedway” and sponsor of the September 2020 Las Vegas NASCAR Monster Energy cup race, South Point 400. In addition, South Point’s Sports Book is home of Vegas Stats & Information Network” (VSiN), where you can listen to the broadcast on SiriusXM 204 and watch the video livestream on VSiN.com.