Star Nursery to boost 2022 season at The Bullring 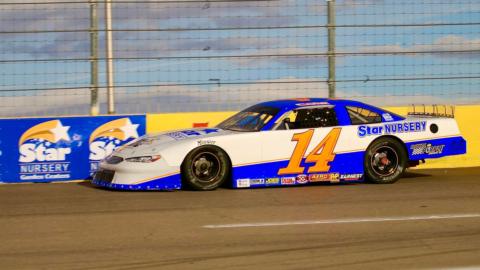 Star Nursery, which began its operation in 1983 and has seven of its 16 locations in Las Vegas, is very familiar with motorsports, especially at Las Vegas Motor Speedway. Star Nursery was the title sponsor of the NASCAR Featherlite Southwest Series race at The Bullring in 2001 and the sponsor for Las Vegas-born Kurt Busch during his NASCAR Southwest Tour Series championship season in 1999. It continues to sponsor the annual ARCA Menards Series West event at the Bullring.

“With 35 years in local and regional racing, including the career kickstart of NASCAR Champion Kurt Busch, Star Nursery is very proud to support the wholesome, family-oriented competition and entertainment at The Bullring.” said Star Nursery Founder and Owner Craig Keough.

Keough, a member of the West Coast Stock Car Hall of Fame, has created a $35,000 point fund that will be shared among five divisions during the 2022 Star Nursery Championship Series season at Las Vegas Motor Speedway.

The Bullring provides family racing entertainment throughout the race season on several weekends throughout the year plus the July 3 Night of Fire with Fireworks and the annual ARCA Menards Series West race scheduled for Friday, Oct. 14 this year. Racing returns this Saturday at the Bullring for Hometown Heroes Night.