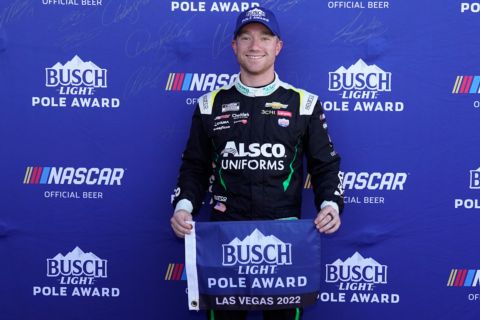 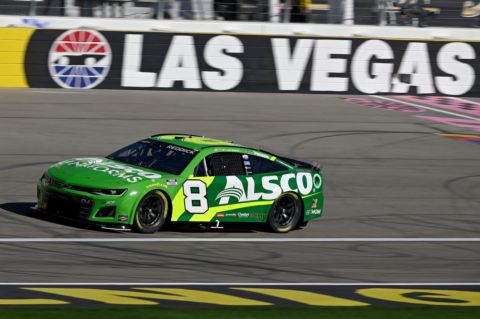 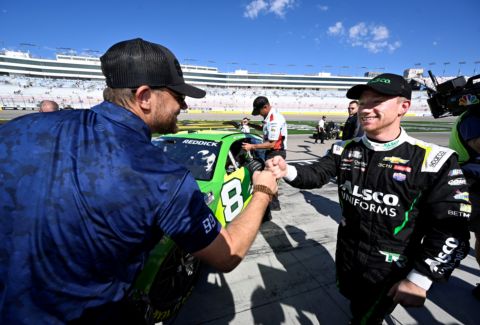 The race on the challenging 1.5-mile speedway is the Playoff opener for the NASCAR Cup Series Round of 8.

Reddick took the No. 1 position with a quick lap time of 29.252 seconds at 184.603 mph in his Richard Childress Racing owned No. 8 Chevy. It is his third pole of the season and the fourth of his career. It’s his first pole at LVMS in the Cup Series.

Reddick was 22nd in practice with his quickest lap of the session at 29.804. He said his RCR crew made the necessary adjustments to get his car into the correct qualifying trim.

“Man, what a turnaround for our group from practice this morning,” Reddick said.  “Everyone on this No. 8 ALSCO Chevrolet worked really, really hard. We weren’t really firing off in practice where we wanted to be. We were a bit off and we really went to work. We found some life in the second run. We tried a couple of things on the third run that didn’t really pan out. Just again, my team made some fantastic adjustments going into qualifying and got our car a lot closer. Still a little sketchy through (turns) one and two, but it carried a lot of speed. We learned a lot and we’ll be able to make some pretty good adjustments going into tomorrow’s race.”

Reddick was eliminated from the Playoffs at Bristol in the Round of 16, but would love to increase his season win total to four with a strong run tomorrow. He posted a career-best sixth-place finish at this event last year and finished seventh in the spring race here this year.

“It’s a long race, that’s for sure,” Reddick said. “It’s nice to have that track position. We’ve been really fast at these 1.5-mile tracks and this is one of the first practices that we really didn’t show that, so it was really nice to turn it around like we did. We’ll have a great pit stall for tomorrow.”

Team Penske’s Austin Cindric qualified second and will start alongside Reddick. He clocked a 29.302 at 184.288 in his No. 2 Ford Mustang to take the spot.

“I feel like I left a little bit on the table, probably in three and four during the run,” Cindric said. “It was a good lap by Tyler (Reddick). We had great speed in our Autotrader Ford Mustang. It has been since Gateway that all four of our cars made it to the final round, so great job by the team and everybody involved. We have to translate good Saturdays into Sundays. We aren’t in the playoffs anymore but we still want to win races and I think we have a good shot to have a good day tomorrow.”

Round of 8 Playoff contender Ryan Blaney, who qualified fourth, was quickest in the morning practice session, posting a fast lap of 29.425 seconds at 183.517 mph in his Team Penske Ford Mustang. He qualified with a quicker performance of 29.354, 183.961 mph, but it wasn’t fast enough to get him a spot on the front row.