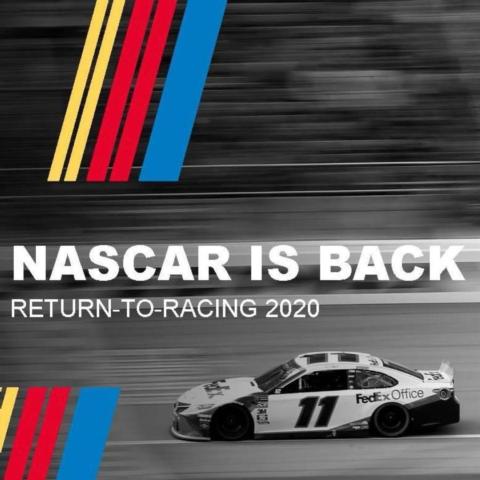 NASCAR initially announced it's return to racing on May 17, which kicked off a full slate of races for the NASCAR Cup Series, NASCAR Xfinity Series, NASCAR Gander RV & Outdoors Truck Series, and ARCA Menards Series.

The remainder of the 2020 NASCAR regular season along with the NASCAR Playoffs schedule is posted below.

*Schedule locations, dates, times and networks are subject to change.

The 2020 Fall NASCAR Weekend hosts the NASCAR Cup Series, the NASCAR Xfinity Series, and the NASCAR Gander RV & Outdoors Truck Series, all of which will be finishing under the lights!