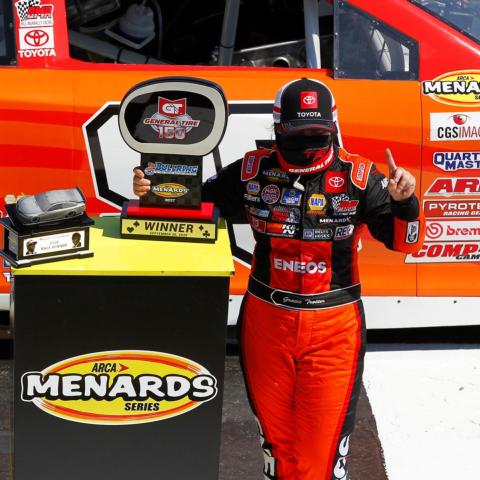 ARCA has a long and storied history in the annals of American motorsports. On Saturday at the Bullring at Las Vegas Motor Speedway, it added a new chapter.

Gracie Trotter, a 19-year old from North Carolina, proved to be unstoppable and became the first woman in the series’ 67-year history to win an ARCA-sanctioned race as she captured the checkered flag in General Tire 150.

“I’m really excited and kind of at a loss for words,” Trotter said. “First year in ARCA and (team owner) Bill McAnally took me on this year. He called me up and wanted me to come race for him.”

By lap 48 Trotter secured herself into first place as she distanced herself from challengers Jesse Love and Blaine Perkins.

Trotter hasn’t finished any lower than fourth place in her previous few races.

“I didn’t expect to start the year off like we did,” she said. “We’ve been through our ups and downs this year. Struggling with the car, me getting to learn what I like and don’t like, so it’s been a really big learning year. Today we struggled a lot with the car being too tight, but in the race my crew chief Roger Bracken worked some magic, and the car was perfect all race.”